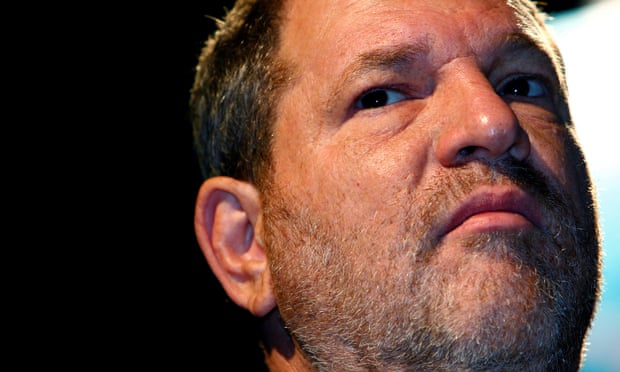 Detectives in several cities investigating Harvey Weinstein for sex crimes are likely to be collaborating as they build evidence and assess whether the film producer can be arrested and charged, experts believe.
Investigators in New York, London and Los Angeles have opened criminal cases against Weinstein in the last six weeks, as the disgraced producer faces lawsuits on both sides of the Atlantic following a flood of accusations of sexual misconduct.
Los Angeles police department (LAPD) detectives have interviewed witnesses in preparation for presenting a case to the district attorney’s office. The DA will then decide whether to press criminal charges over accusations that Weinstein raped an unnamed actress in a hotel in Beverly Hills in 2013, according to David Ring, a lawyer for the alleged victim.
Beverly Hills police were also investigating “multiple complaints involving Harvey Weinstein”, the LAPD said.
Ring said: “The LAPD is actively investigating [the alleged victim’s] case. It’s my understanding that they are also coordinating their efforts with other jurisdictions, like New York City.”
The New York police department (NYPD) is investigating rape complaints by twoaccusers who came forward publicly, Paz de la Huerta and Lucia Evans.
Detectives had previously looked into Weinstein’s conduct but the office of the New York DA, Cyrus Vance, controversially decided there was not enough evidence to charge him at the time.
In that case, in 2015, the Italian model Ambra Battilana Gutierrez wore a police wire that recorded her pleading with Weinstein to stop bullying her as he coaxed and threatened her when she would not go into his hotel room. He also apologized for groping her previously, as revealed in the New Yorker.
“There is a lot of pressure on here,” said the New York attorney Jeanne Christensen, who is not involved in the NYPD case but has spoken to people familiar with it, “because they are accused of giving Weinstein a pass [in 2015]. A lot of political pressure. But by all indications, they are taking the case very seriously.”
Christensen is a partner at Wigdor Law, a New York firm that regularly represents victims of sexual assault or harassment, especially in employment cases. She said it was possible investigators in different cities were coordinating and sharing information.
The NYPD and a team in the New York DA’s office led by a senior sex crimes prosecutor are working on the case together, Vance spokeswoman Joan Vollero said, while declining further comment.
The NYPD also refused further comment after announcing earlier this month that it had “an actual case here”.
Weinstein has denied any non-consensual sexual behavior, via statements issued by a spokeswoman and his defense lawyers, Ben Brafman and Blair Berk.
“I would be shocked if charges are not filed, but I don’t know when that will happen,” said Christensen, who is representing several women in a potential class action lawsuit against the ride service Uber, amid allegations that drivers have sexually assaulted female passengers.
Doug Wigdor of Wigdor Law represented Nafissatou Diallo in both the criminal and civil cases against the then head of the International Monetary Fund, Dominique Strauss-Kahn, who was accused in 2011 of sexually assaulting the room attendant in his suite at a New York hotel.
The criminal case collapsed after prosecutors decided Diallo would not be able to convince a jury she was truthful. She achieved a civil settlement, in which Strauss-Kahn denied assault but admitted a “moral error”, but the failure successfully to prosecute such a high-profile case was a blot on Vance’s office.
The experience has cast a shadow over the Weinstein case, especially after it was revealed that one of the producer’s lawyers, David Boies, contributed to Vance’s re-election campaigns.
In London, the Metropolitan police are investigating cases involving three women.
Christensen said that where alleged assaults had happened several years ago or involved alcohol, law enforcement faced a difficult task.
“The brain’s natural defense is to block things out about what happened and if you spent some time where you never talked about it it gets muddier,” she said.
“A lot of women have come forward and they are not recalling in sufficient detail what the prosecution would need – and that’s what it comes down to when you are having to prove a case, that’s just how the law works.”
The extent to which accusations involving multiple complainants can be admitted as evidence in any individual criminal case is likely to be a matter of debate in court.
The sheer volume of complaints against Weinstein, Christensen said, will be much more easily introduced in civil cases, where rules about evidence involving a defendant’s character and the standard of proof are less stringent than in criminal court.
The UK lawyer Jill Greenfield is expected to file civil lawsuits on behalf of a number of women in the high court in London in due course, having written to Weinstein demanding settlements but without hearing back so far.
“People are contacting me,” she said. “I’m expecting to coordinate a claim for a number of victims.”
Following the decision not to charge Weinstein in connection with her case, Ambra Battilana Gutierrez signed an agreement in which the film producer paid her $1m.
“I thought I needed to support my mom and brother, and how my life was being destroyed, and I did it,” she told the New Yorker earlier this week.
The actor Dominique Huett filed the first civil suit since complaints against Weinstein came pouring out in early October, in the New York Times. She is claiming $5m in Los Angeles superior court, alleging that the Weinstein Company “aided and abetted” Weinstein in “repeated acts of sexual misconduct”.

-- reprint from The Guardian